Why Do I Need a Last Will & Testament? 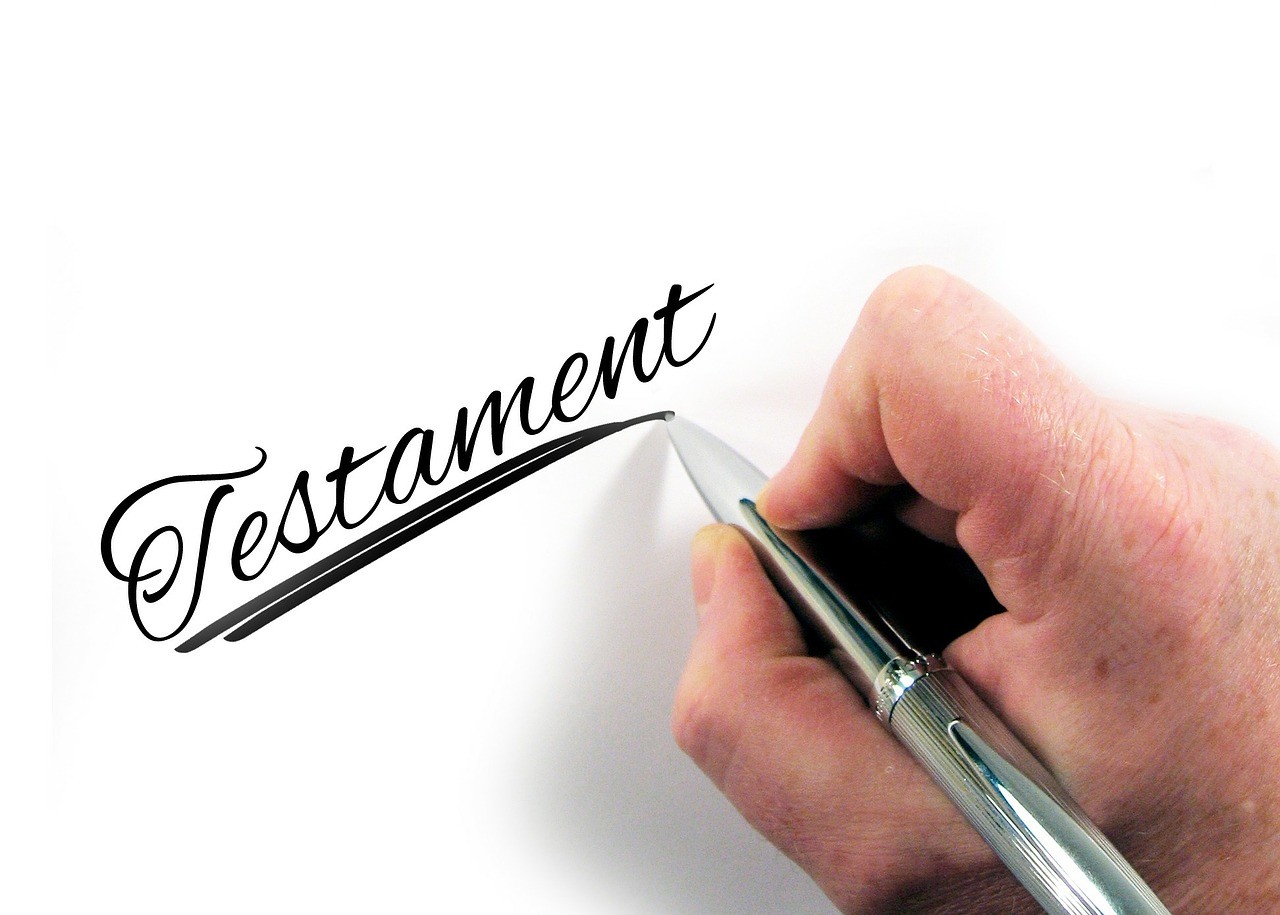 Why Do I Need a Last Will & Testament?

To some people, it may seem scary to have a Last Will & Testament drawn up because that means you have to think about what will happen upon your death. If you do not have one drawn up though, you will not be in control of what happens to your assets upon your passing and you could leave your family in a mess.

Do I Need a Prenuptial Agreement? 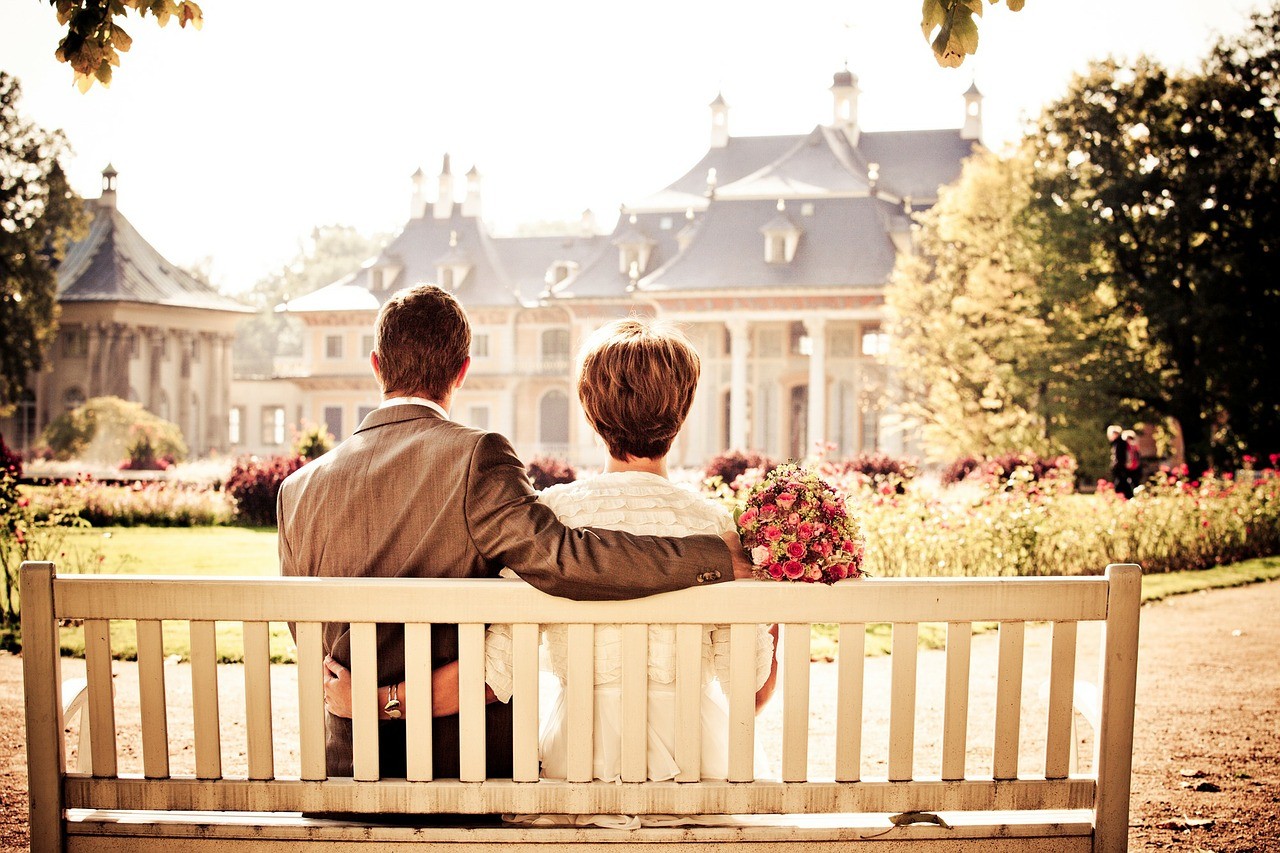 Do I Need a Prenuptial Agreement?

If you are getting married and want to protect your assets, then yes. A prenuptial agreement is a negotiated document, signed by a couple prior to their marriage. The document will typically lay out ownership of property, money, and assets. This document will be binding in Court as long as the document is entered into freely, knowledgeably, and in good faith. All assets of both parties must be fully disclosed or else the document will not be considered enforceable. It is very important that each person has their own attorney to ensure that each of you have full knowledge of what is going on and what you are signing and also make sure the agreement is enforceable.

If I Sign a Power of Attorney, What Does That Mean Exactly? 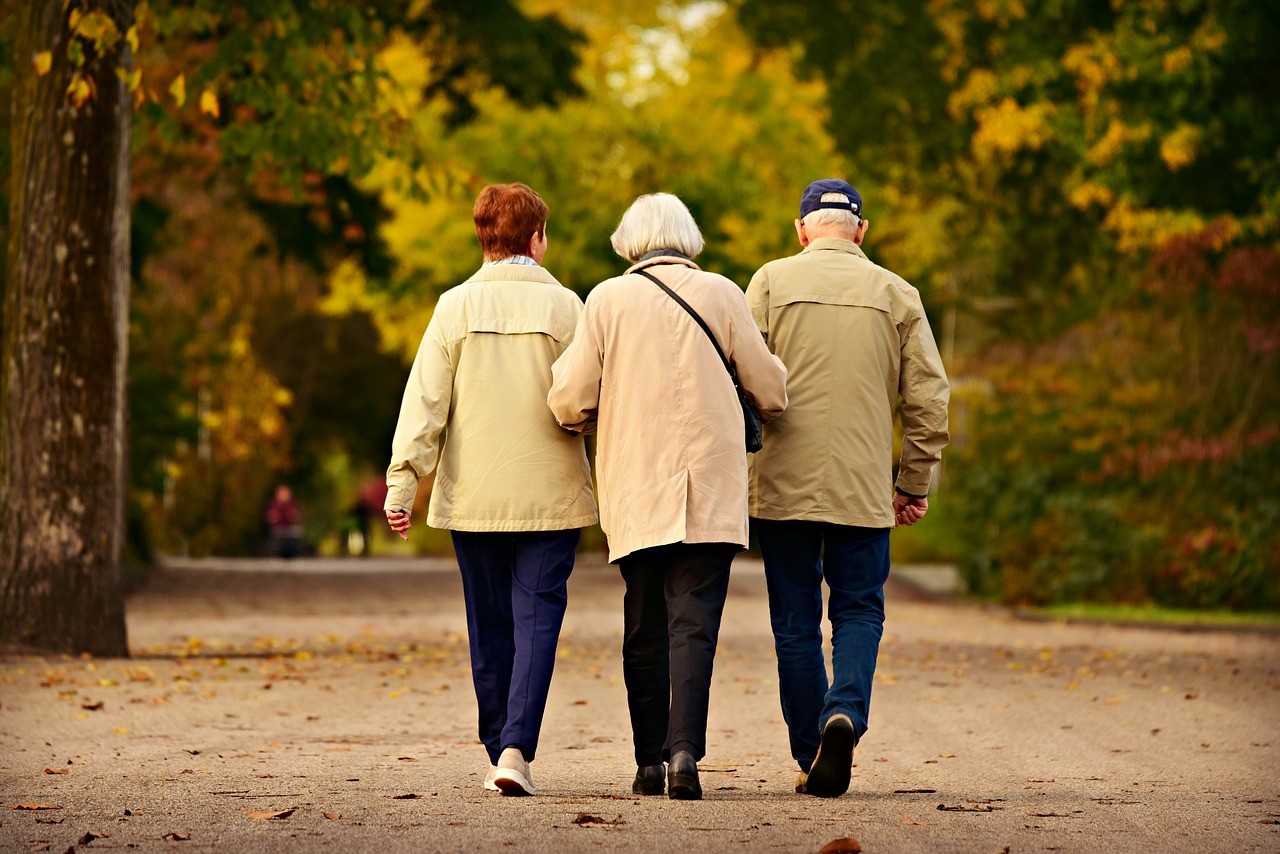 If I Sign a Power of Attorney What Does That Mean?

If you have any further questions about a Power of Attorney or if you need one drawn up, contact Angel Kane at Kane & Crowell Family Law Center at www.kane-law.com or by phone at (615) 784-4800.

My Name is Not on the Deed to Our Property. So, What Happens When We Divorce? 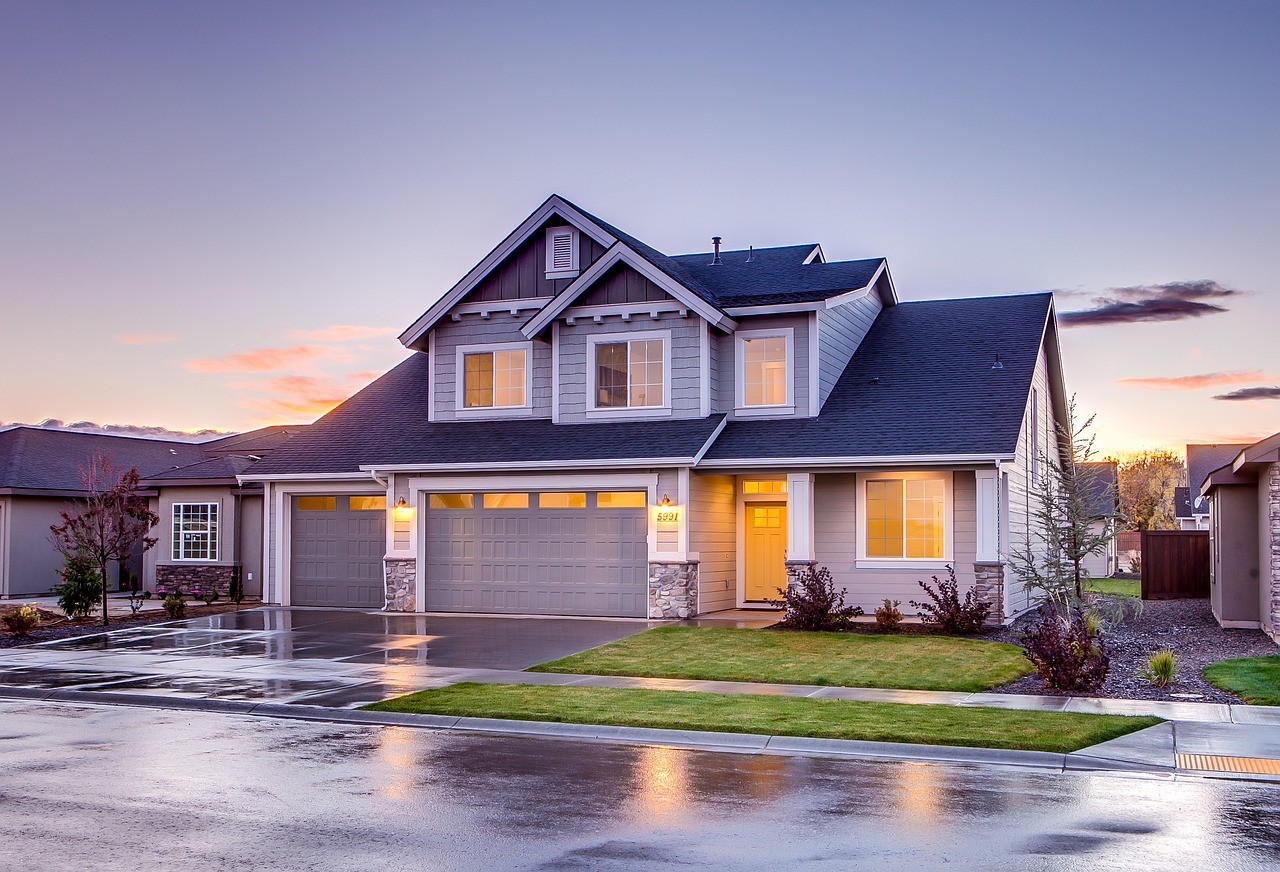 My Name is Not on the Deed to Our Property.- So What Happens When We Divorce?

The same goes for any property – cars, accounts, and retirement accounts. Do not let how something is tilted deter you from asking for your marital share.

If you are needing to file for divorce or have further questions regarding your interest in property, contact Angel Kane at Kane & Crowell Family Law Center at www.kane-law.com or by phone at (615) 784-4800. We handle cases in Wilson County, Sumner County, Trousdale County, Macon County, Smith County, and Rutherford County and are happy to put our experience at work for you.

I Have Only Been Married Three Years, Will I be Entitled to Alimony? 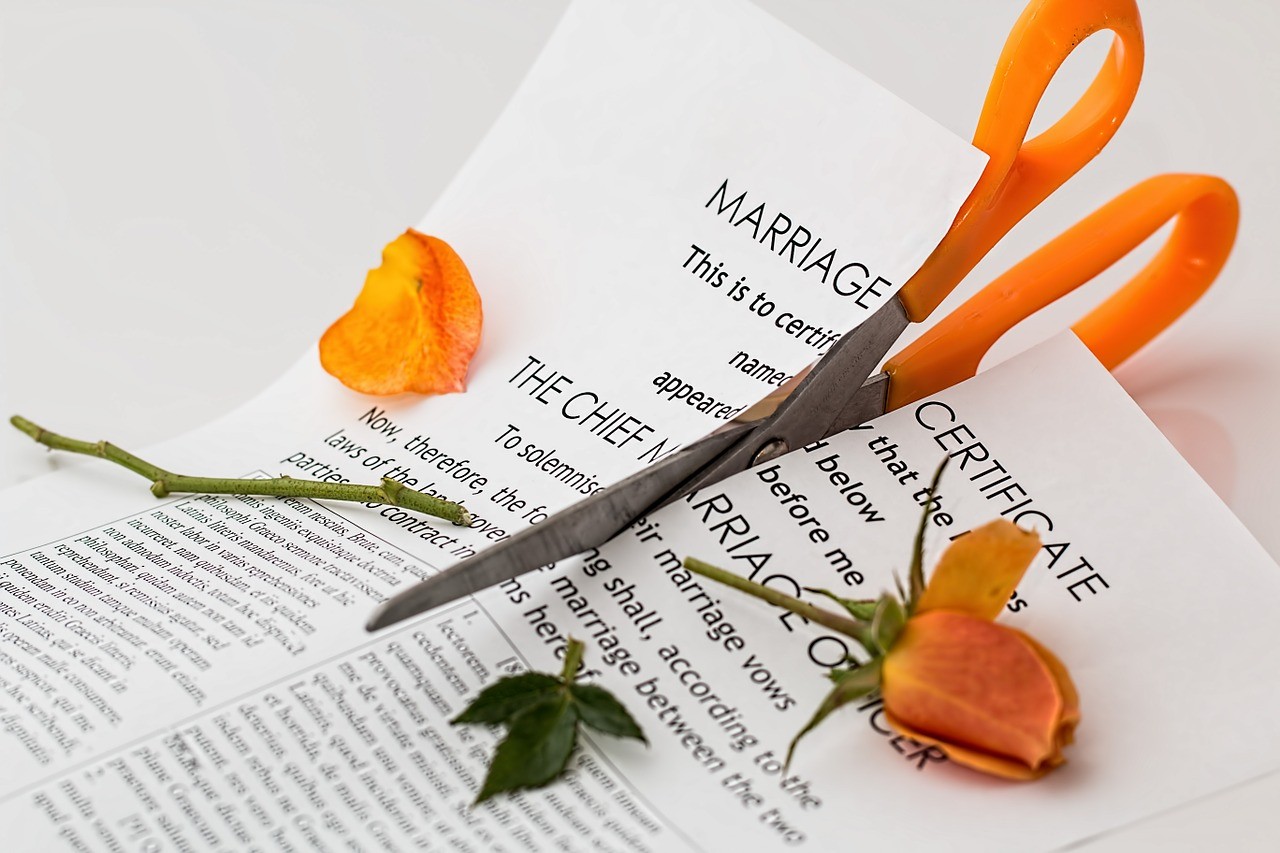 Will I be Entitled to Alimony?

You are entitled to alimony if you are in need of support and your spouse has the ability to pay that support. A Court can order alimony for several reasons.   Alimony may be required to help a spouse earn more or get a job or could also be awarded to help a spouse return to school so that they have a higher earning capacity. In Tennessee, a Court may order temporary, short-term, or long-term alimony. Temporary alimony is granted during the divorce proceeding and before the final decree. Short-term alimony may be granted after the divorce to allow the receiving party time to gain necessary skills in order to have a higher earning capacity. Long-term, or permanent alimony may be granted to a spouse who has significant needs and is usually reserved for long-term marriages. 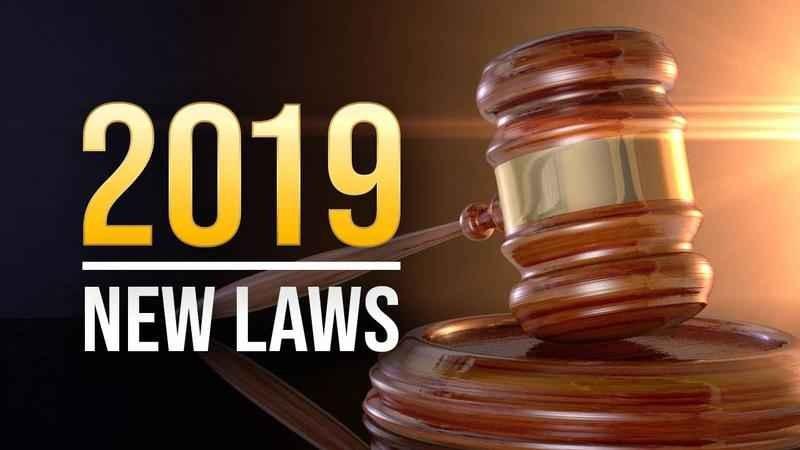 Along with a new year, comes new changes in the law. Many new laws take effect in 2019, including the following: 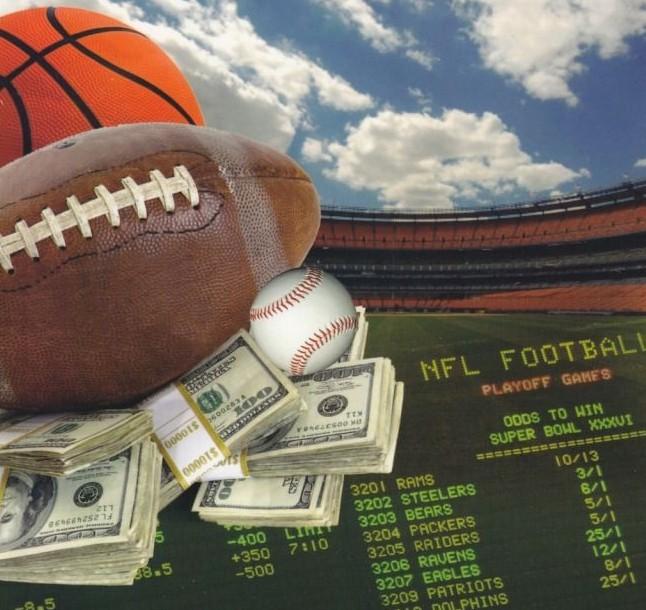 On Monday, May 14, 2018, the United States Supreme Court issued its opinion in Murphy v. National Collegiate Athletic Association.  In this opinion, the Court ruled 7-2 in favor of striking down a Federal law which prohibited betting on sports, other than in narrowly defined exceptions.  The ruling is a victory for States’ rights, and may have greater implications for the States in the Union, in the future.

In 1992, Congress passed the “Professional and Amateur Sports Protection Act” (PASPA).  Effectively, PASPA prohibited the states from promoting, allowing or authorizing gambling on sports activities, except for “sports lotteries” in Oregon, Delaware and Montana, and certain gambling activities in Nevada.  PASPA also contained an exception that gave states which previously had allowed casino gaming in the past ten years a one-year grace period to pass laws legalizing sports betting.  PASPA did not apply to gambling or betting on certain activities, such as jai alai and horse and dog racing.

In 2011, voters in the State of New Jersey approved a referendum to allow sports betting within the state.  In 2012, the New Jersey legislature passed a law allowing sports wagering at casinos and racetracks.  Various professional sports leagues, including the National Hockey League, National Basketball Association, Major League Baseball and the National Football League filed suit against the state, claiming that the 2012 law violated PASPA.  The State of New Jersey was unsuccessful in trying to enforce the 2012 law allowing sports betting until the case was accepted by the United States Supreme Court in 2016.

The Supreme Court’s opinion, authored by Justice Samuel Alito, held in substance, that the Tenth Amendment to the United States Constitution, which holds that powers not expressly delegated to the Federal government are reserved for the states, prohibits the States from being required to enforce a Federal statutory scheme.  The distinction is that while the Federal government is free to pass and enforce laws related to subjects of Federal importance, it cannot and may not require the States to pass and enforce laws substantially of Federal origin.

Looking ahead, Murphy is an important opinion in the field of States’ rights and the Tenth Amendment.  The Murphy opinion gives some support to the notion that the States may be allowed to pass laws of purely state concern, without interference from the Federal government.

To learn more about this opinion, as well as other Supreme Court opinions, visit scotusblog.com 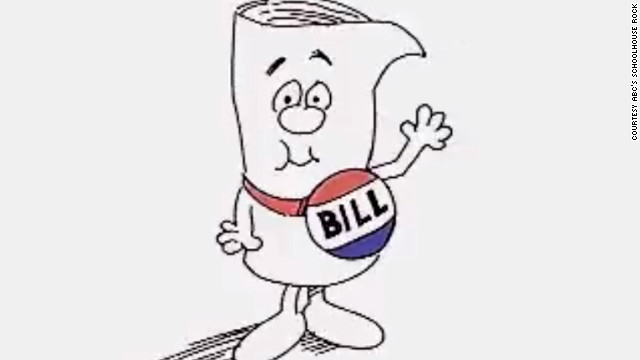 As of present, the Tennessee Legislature is in session, and there are a number of interesting bills that have been proposed and await debate, voting and eventual enactment or abandonment.  In today’s blog post, we take a look at some of these bills that could eventually become law.

House Bill 1698 is certainly a bill to watch over the next few weeks, as it could result in notable changes to Tennessee DUI laws.  The bill, sponsored by Rep. Bill Hulsey (R – Kingsport) and Rep. Frank Nicely (R-Strawberry Plains), would give criminal judges across the state the discretion to ban those convicted of DUI from purchasing alcohol.  Upon first offense conviction, the judge would have the discretion to bar alcohol sales to the defendant for one year.  Upon a second conviction, a judge would have the discretion to bar alcohol sales to the defendant for two years.  The bill originally gave a lifetime ban of alcohol sales upon an individuals third conviction for driving under the influence, as well as made the sale of alcohol to those convicted and barred from purchasing alcohol a Class C misdemeanor.  This bill was revised by Rep. Michael Curcio (R – Dickson) to remove the lifetime ban and the Class C misdemeanor punishment to sellers of alcohol.  The bill is currently before the House Finance, Ways and Means Subcommittee.  If passed, it could become law as soon as July 2018.

House Bill 1862 is an important bill for criminal defendants who enter into pre-trial diversion.  The bill, sponsored by Rep. Raumesh Akbari (D-Shelby), Rep. William Lamberth (R-Sumner), Rep. Karen Camper (D-Shelby), and Rep. Barbara Cooper (D-Shelby), would reduce the cost of expungement for a criminal offense upon successful completion of pre-trial diversion, from $350 to $180.  This bill would make it easier for defendants to have their pre-trial diverted offenses expunged and removed from their record, and ideally, less likely to suffer adverse consequences as the result of having a criminal record.

House Bill 2068 would create a new class of criminal offenses related to the false and improper marketing of alcohol and drug treatment services.  Unfortunately, Tennessee has struggled with the spectre of opioid abuse, and as a result a wide variety of treatment programs (both legitimate and illegitimate) are advertised in the state.  This bill, sponsored by Rep. Harold Love (D-Davidson) and Rep. Michael Curcio (R-Dickson) would create criminal offenses for the false or misleading advertising of alcohol and drug treatment facilities or giving or receiving financial incentives or benefits for being referred or referring individuals into such an alcohol and drug treatment facility.  Such laws are undoubtedly designed to prevent opportunistic companies using questionable marketing tactics from taking advantage of individuals suffering from alcohol or drug dependency.  The laws range in severity from Class A misdemeanors to Class E felonies.

These bills are only but a few of the many bills presently making their way through the House of Representatives and Senate.  For more information about these bills, or other bills of the 110th Legislative Session, visit http://www.capitol.tn.gov/ or https://legiscan.com/TN/trends. 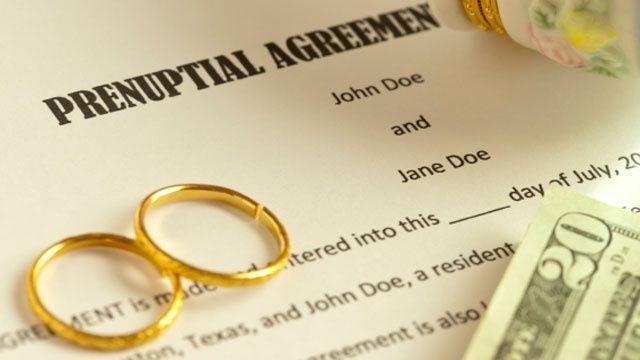 In Tennessee, our Courts will enforce Pre-Nuptial Agreements, but only if they meet certain legalcriteria.

As a divorce attorney, I see many, many battles fought over bank accounts, retirement accounts and real estate people owned prior to marriage. Often, without thinking during the marriage your spouse’s name is put on your bank account or your home.

And when you divorce, it may be too late to undo and you just made separate property - marital. 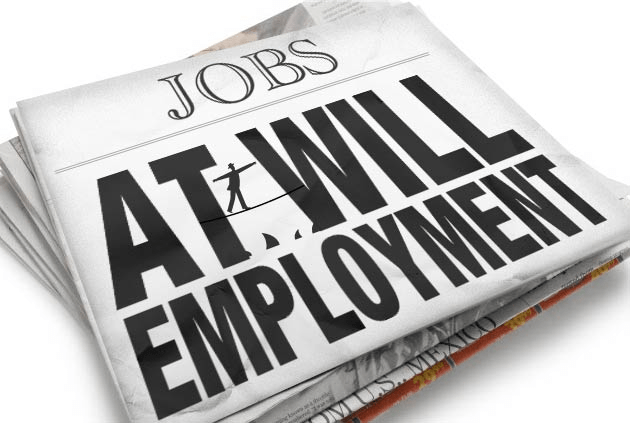 Tennessee is an At-Will Employment state. That means you can be fired for cause or no cause at any time. 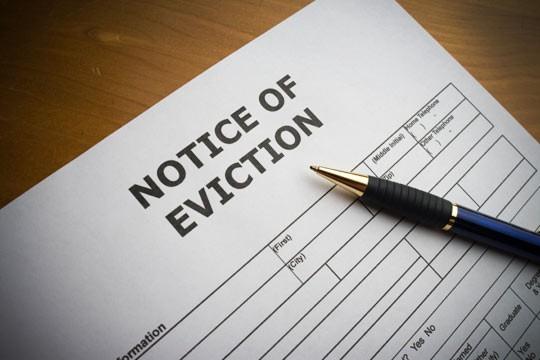 Our office mainly represents Landlords in Landlord/Tenant disputes. And, if you are a Landlord that we represent, we have prepared an airtight lease agreement on your behalf.